Sanatoria 2012 for illegal immigrants: here how it works. The proceedings could be submitted starting from the 15th of September 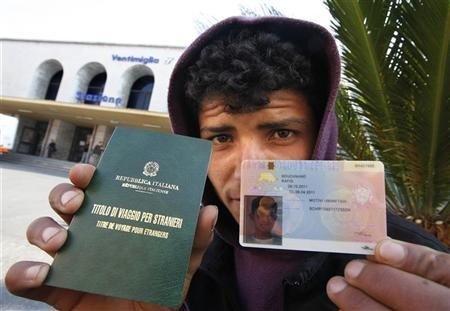 The so-called “sanatoria 2012” for illegal immigrants will begin on September the 15th and will last a month, until October the 15th.

It is, in truth, not a real “amnesty” technically speaking, but a transitional phase to the legislative decree through which the italian State has just acknowledged the EU guideline regarding sanctions for companies and families employing  illegal immigrants.

The measure, not yet published in the Official Gazette (Gazzetta Ufficiale), will save the employers from heavy sanctions for boosting under the table job, while allowing, at the same time, permit of stay achievement by illegal immigrants.

The unconventional employment has to be reported by the job employers, both italian and foreign: all the employers, coming into effect the above mentioned legislative decree, employing since at least three months permit of stay lacking employees could submit, to the immigration unique window (sportello unico per l’immigrazione), an irregular work emersion instance (istanza di emersione di lavoro irregolare).

In order to benefit from the “sanatoria”, the esatblished employment has to be a full time employment. In case of house workers, instead, a part-time employment, of at least 20 weekly hours, is also admitted.

The employees, moreover, have to prove, through documents  originated by public offices, to live in Italy at least from 31.12.2011.

Are excluded by the procedure the employers who, in the last five years, have been convicted, even if the sentence is not final, for:

3. having employed foreign worker without permit of stay or with expired one without renewal request, or with revoked or cancelled permit of stay.

Finally, is not allowed the application by the employers who, after the launch of  irregular work emersion procedures or after having enjoyed of “flows decree” (decreto flussi), have not subscribed the stay agreement nearby the unique window (sportello unico) or not employed the foreign worker.

The emersion declaration has to come along with the payment, in charge of the employer, of a 1.000 euros flat rate for each  illegal worker, beyond the regularization of the amounts owed for wage, contributory and tax systems for a period of at least six months.

The immigration unique window, after the reception of the emersion declaration, will carry out a set of verifications, more in details it will:

1. check the admissibility of the document;

2. collect the police office ( Questura) opinion regarding the potential presence of reasons preventing from accessing to the procedure or from permit of stay issuing ;

3. collect the Territorial Directorate of Labour opinion about the employer economic power and about the adequacy of applied working conditions.

If the verifications carried out will not reveal any obstacle, the  immigration unique window will convoke the interested stakeholders for the stay agreement stipulation and for the permit of stay sumbission presentation, requiring the exhibition of the 1.000 euros flat rate proof of payment and of the regularization of  wage, contributory and tax positions.

The proceeding is not allowed for the immigrants:

2. that are reported, in accordance with international agreements or conventions in force for Italy, for the purposes of refusing entry in the State;

For further informations and in order to be supported in the next phase of the so-called “sanatoria” you are kindly asked to contact the following mail address (AVV. DARIO CASTRICHELLA)

[1] But only if the expulsion has been imposed for reasons of public policy, public security, for social danger or preventing terrorism. Instead, they can participate in the amnesty immigrants who have been subjected to a deportation for illegal entry, for not having asked permission to stay within eight days of arrival in Italy, for non-renewal or revocation of a residence permit, not they have complied with a previous deportation or removal order for the same reasons.